Learning and Certification of Neural-Network Policies for Agile Onboard Autonomy

Existing model-based sensing, motion planning, and control algorithms achieve impressive performance on complex, agile robots, but their computational cost often limits the opportunities for onboard, real-time deployment. Imitation learning can generate fast neural-network policies from these model-based algorithms, but the learning procedure requires large training efforts and has limited robustness and safety guarantees. In this talk, we present new efficient imitation learning approaches to generate efficient policies from various control, sensing, and planning algorithms, and tools that could be used to certify their safety. First, we leverage the properties of a robust tube model predictive controller to design data augmentation strategies for data and computation-efficient learning of motor and sensorimotor policies that are robust to real-world uncertainties using data from just a single demonstration. Second, we present Deep-PANTHER, a learned perception-aware planner that can change trajectories to acquire the most useful sensor data while simultaneously satisfying other constraints such as collision avoidance. Last, we present advances in backward-reachability analysis, enabling safety verification of learned control policies in a scenario where forward reachability fails. We present evaluations on a variety of real and simulated aerial vehicles, including a novel, insect-scale soft aerial robot.

JONATHAN P. HOW (Fellow, IEEE) received the B.A.Sc. degree from the University of Toronto (1987), and the S.M. and Ph.D. degrees in aeronautics and astronautics from MIT (1990 and 1993). Prior to joining MIT in 2000, he was an Assistant Professor at Stanford University. He is currently the Richard C. Maclaurin Professor of aeronautics and astronautics at MIT. Some of his awards include the IEEE CSS Distinguished Member Award (2020), AIAA Intelligent Systems Award (2020), IROS Best Paper Award on Cognitive Robotics (2019), and the AIAA Best Paper in Conference Awards (2011, 2012, 2013). He was the Editor-in-chief of IEEE Control Systems Magazine (2015–2019), is a Fellow of AIAA, and was elected to the National Academy of Engineering in 2021. 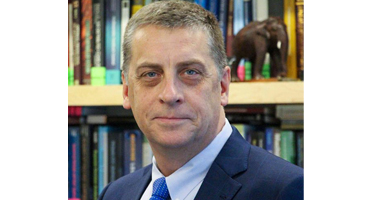