The new finite element economy in fluids and structures

The prevailing data structures of implicit finite element analysis have been relatively stable for decades, centering on sparse matrices and assembly via element matrices. These choices create a pragmatic separation of concerns that have facilitated excellent encapsulation through libraries and widespread industrial and research use. The implementation choice and hardware capability has imposed an economy that impacts tooling, workflows, and conventional wisdom from preprocessing (geometry and meshing) to postprocessing and uncertainty quantification.

Modern methods and hardware changes have radically changed this economy, accelerating existing workflows and inverting the relative cost landscape to provide order of magnitude speedups to reach engineering tolerances. This talk will discuss this shift and consequences for nonlinear implicit solvers and conventional wisdom in end-to-end workflows, along with tooling needs. The approach will be demonstrated using examples in compressible turbulent flow and nonlinear solid mechanics with billions of degrees of freedom on emerging GPU-based architectures.

Jed Brown is an Associate Professor of Computer Science at CU Boulder. His background is in computational math and geophysics, with BS and MS from the University of Alaska Fairbanks and Dr.Sc from ETH Zürich, and spent four years at Argonne National Laboratory before joining CU Boulder. He is active in community software for scientific computing, including as a maintainer of PETSc and libCEED. His work has been recognized by the 2014 SIAG/SC Junior Scientist Prize and a 2014 IEEE TCSC Young Achiever Award, and as co-recipient of the 2015 SIAM/ACM Prize in Computational Science and Engineering. 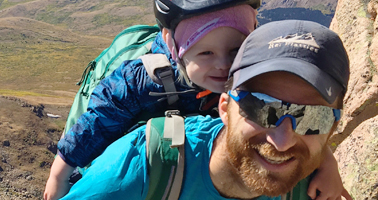