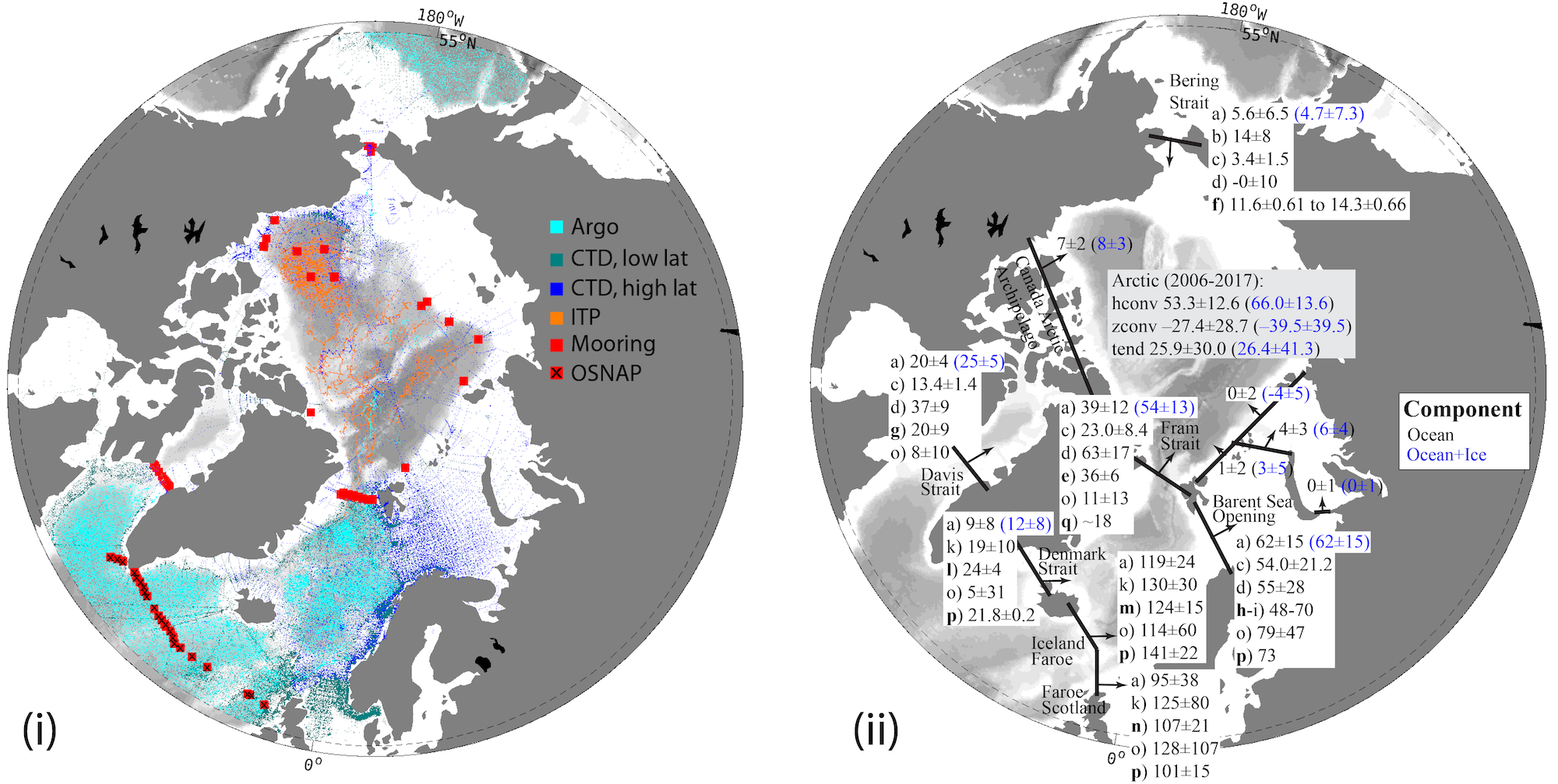 ASTE Release 1 is a model-data synthesis that combines 1 billion observations from a diverse stream with the underlying model physics in a dynamically consistent way.

Climate scientists have developed a numerical model using over a billion satellite and in situ observations to produce accurate estimates of the Ocean-Sea Ice state in the Arctic over a 16 year period.

To say that Dr. Patrick Heimbach and his research group from the Jackson School of Geosciences and Oden Institute’s Computational Research in Ice and Ocean Group (CRIOS), are prolific would be an understatement. The Arctic Ocean modeling experts have produced several high impact papers already in 2021.

Recently Dr. An Nguyen lead a research team including Helen Pillar, Victor Ocaña, Arash Bigdeli, Timothy A Smith and Heimbach in developing a more robust description and assessment of a data-constrained, dynamically consistent ocean-sea ice estimate for the Arctic between the years 2002 and 2017.

In a paper, entitled The Arctic Subpolar gyre sTate Estimate (ASTE): Description and assessment of a data-constrained, dynamically consistent ocean-sea ice estimate for 2002-2017, published as part of a new special collection on “Data Assimilation for Earth System Models” in the Journal of Advances in Modeling Earth Systems, Nguyen and the research team outline their 2002–2017 ocean-sea ice reconstruction, called ASTE_R1 - a model-data synthesis, using a numerical model, together with inverse methods, based upon approximately one billion satellite and in situ observations.

Climate scientists seek to measure and understand the various processes taking place in the climate system, in particular the ocean, atmosphere and marine cryosphere. These processes occur on many time scales (from seconds to millennia) and space scales (from meters to globally).

“For example, the annual and global mean net planetary heat imbalance is on the order of 0.5 Watts per square meter (W/m2), but locally air-sea heat fluxes can exceed plus or minus 200 W/m2 on any given day,” Nguyen said. “We are thus seeking to quantify small, yet important, residuals in a highly variable system, that is sparsely sampled by observations. One way to ensure that we are accurately accounting for all sources and sinks (local surface heating & cooling, oceanic transports, mixing) is to use a simulation model that ensures proper accounting via the model’s underlying conservation laws.”

Models do more than ensure proper accounting though. They also provide causal insights for explaining the observed changes. “The better we are able to formally synthesize (sparse) observations and physical models – using advanced data assimilation algorithms, such as the one used in ASTE – the more confident we will be in extracting causal attribution of observed changes,” Nguyen said.

The better we are able to formally synthesize sparse observations and physical models, the more confident we will be in extracting causal attribution of observed changes.

Numerical weather prediction centers, such as the National Oceanic and Atmospheric Administration (NOAA) in the U.S., and the European Centre for Medium-Range Weather Forecasts (ECMWF) in Europe, issue regular “analyses.” These best-estimates, representing the current state of the atmosphere or ocean in terms of temperature, moisture, salinity, circulation, etc., are produced by combining what little observations are available with a numerical model. Analyses are used to start a forecast simulation. In addition, new climate snapshots are produced regularly, called “reanalyses”, each time using the latest model version and available quality-controlled data to go back in time and re-create hourly or daily complete states of the atmosphere and ocean.

There are already a dozen similar products available to climate scientists. “The key difference with ASTE_R1 compared to most existing ocean reanalyses is that strict adherence to the equations describing the fluid flow and conservation laws is built into the product, thus making ASTE_R1 free from artificial un-physical sources or sinks (regions where the ocean takes up heat from, or looses heat to the atmosphere, leading to ocean warming or cooling) and associated “jumps” in the time-evolving state trajectory,” said Dr. Nguyen.

Any change in time between one state and the next (e.g., hourly, daily, monthly, or yearly changes), can be accounted for precisely with the ASTE product thanks to the equations of motions, underpinning its capacity as a powerful tool for climate analysis that in turn enable more accurate diagnosis by the simulation model.

This new product has been shown to be consistent with most available observations, both used in the synthesis and retained for independent verification. “This indicates good large-scale representation of evolving sea-ice, ocean currents and water properties, including year-to-year variability and decadal trends in heat and freshwater storage in the Arctic and subpolar North Atlantic,” said Nguyen.