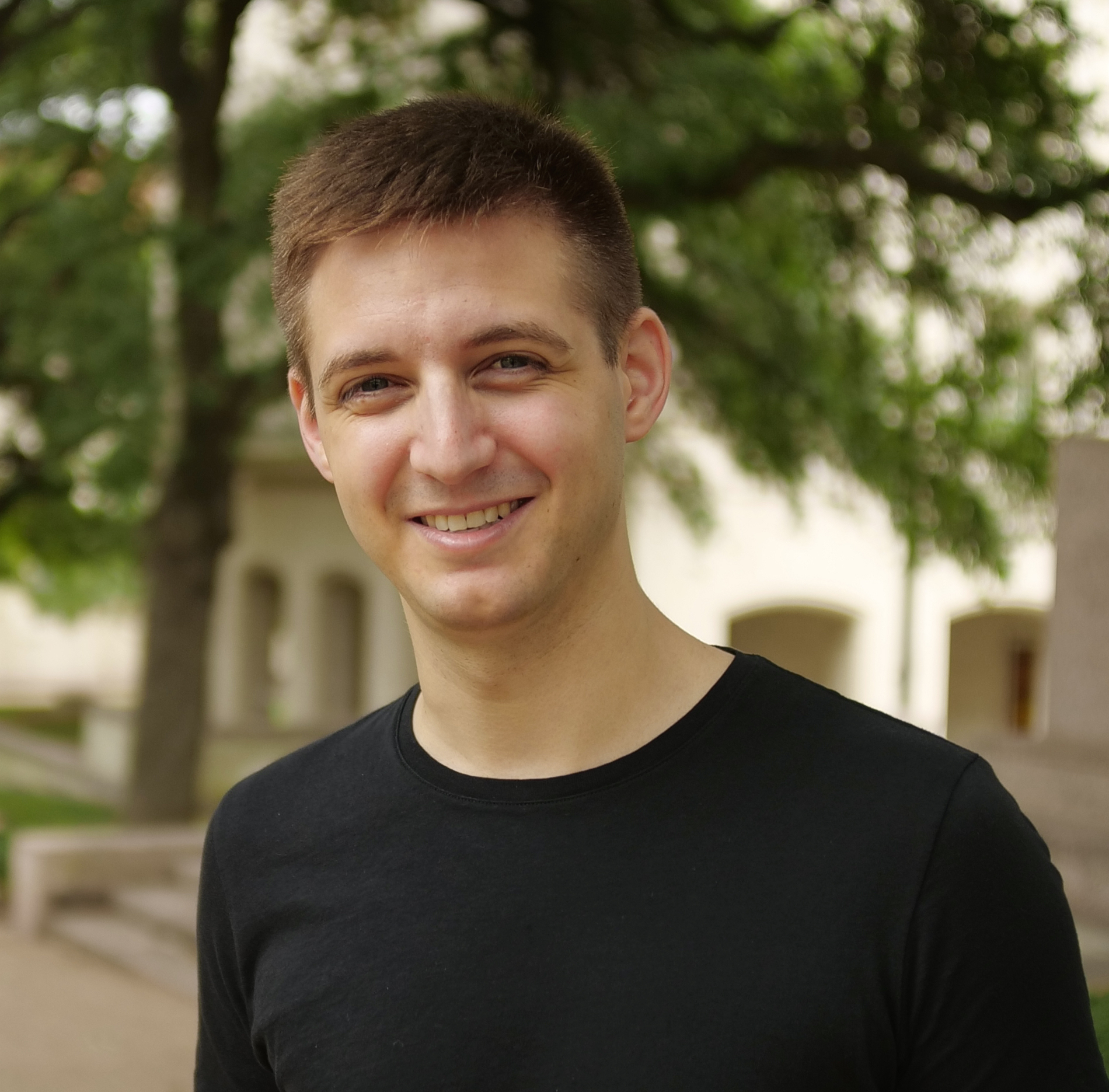 Computational science and mathematical modeling offer some of the greatest tools we have for predicting a tsunami event and optimizing the response decision-making process. That’s according to Dr. Stefan Henneking from the Oden Institute. Here we talk to the recipient of the 2021 Peter O'Donnell, Jr. Postdoctoral Fellowship about his career thus far and his goal to develop a computational framework for predicting one of society’s grand challenge problems.

Dr. Stefan Henneking is a recipient of the 2021 Peter O'Donnell, Jr. Postdoctoral Fellowship in Computational Engineering and Sciences. His primary research focus and specialty is modeling tsunamis in order to improve tsunami preparedness through early-alert systems and real-time monitoring. He believes the ability to accurately predict tsunamis could minimize casualties from catastrophic events.

“In 2004, the world witnessed the devastating Sumatra–Andaman earthquake off the coast of Indonesia and its disastrous consequences,” stated Henneking. “That day, the earthquake, and the tsunami waves that followed in its wake, claimed the lives of more than 200,000 people.”

That may have been almost two decades ago, but similar tragedies have happened in recent memory—Haiti 2010, and Japan 2011—and can happen at any time in the future. “Of particular concern is the prospect of a massive earthquake and ensuing tsunami originating along the Cascadia subduction zone, a fault line off the Pacific–Northwest coast.”

Henneking is taking on one of society’s grand challenge problems. While there is nothing unusual about this for a member of the Oden Institute community, it’s important to note one doesn’t gain the confidence and requisite level of expertise to do so overnight.

Henneking began his studies in computational science at the University of Erlangen–Nürnberg in Germany, where he earned a B.S. in Computational Engineering. Henneking says he was originally drawn to computational science due to the interdisciplinary nature of the field. “I was excited about the opportunity to study applied mathematics, learn about scientific computing, and apply that knowledge to real-life problems in engineering and science,” he said. After completing his undergraduate degree, Henneking continued his studies at the Georgia Institute of Technology, graduating with a M.S. in Computational Science and Engineering.

Henneking then joined the Oden Institute in 2016 as a Ph.D. student in the CSEM program. He worked under the supervision of Dr. Leszek Demkowicz to develop a mathematical model and implementation for the simulation of fiber laser amplifiers. Now, as a Peter O'Donnell, Jr. Postdoc, Henneking is working under Dr. Omar Ghattas at the Center for Computational Geosciences and Optimization (CCGO) to develop computational models for predicting tsunamis.

As for why he decided to stay at the Oden Institute after finishing his Ph.D., Henneking pointed to the collaborative and collegial environment of the Institute community that helped foster his research and academic growth. “Over the past five years, this environment has encouraged me constantly to push beyond my intellectual boundaries,” Henneking said.

“As a graduate student, I found many friends and mentors among the students, staff, and faculty of the Institute, and I feel grateful to still be part of this prolific community.”

As a graduate student, I found many friends and mentors among the students, staff, and faculty of the Institute, and I feel grateful to still be part of this prolific community.

As a member of the Center for Computational Geosciences and Optimization, Henneking hopes to expand his knowledge of Bayesian inversion methods and stochastic optimization. “I believe that under the supervision of Omar Ghattas, I can both leverage and broaden my skillset to push the frontiers of mathematics and algorithms applicable to geoscientific models and beyond.”

Pushing the mathematic and algorithmic frontiers of geoscientific modeling will be necessary for a natural disaster as complex as a tsunami.

The goal is to develop a computational framework for predictive tsunami modeling by “developing a mathematical model and software to inform the immediate response to an occurring tsunami event based on real-time data observation” and, “determining the optimal way of acquiring the real-time data to make the best-informed decision possible,” he explains.

Predicting tsunamis is not an easy task. “The challenges of tsunami modeling are extensive,” Henneking says. “Typically, the shallow-water equations—a nonlinear hyperbolic system of partial differential equations—are used to approximate the wave; adaptive meshes are needed to capture topological features accurately on disparate spatial scales; the formation of hydraulic shocks near the shoreline has to be considered; and, importantly, an inverse problem must be solved for the source,” he explains, adding, “To assess the danger of a propagating wave, a tsunami model relies on initial data describing the location and magnitude of the seafloor deformation.”

However, in a real-time scenario, the model parameters must be inferred from measurements, including seismic sensor data and observations from pressure gauges mounted on the seafloor. “Within the Bayesian inversion framework, we can incorporate and quantify this source uncertainty in the model output,” Henneking says. “The goal of this project is to integrate all of these features into a powerful software that is uniquely equipped for predictive tsunami modeling.”

For such complex mathematical calculations, highly advanced and efficient computing is required. Researchers at the Oden Institute benefit from some of the most advanced supercomputers in the world at UT Austin’s own Texas Advanced Computing Center (TACC). As a Ph.D. student, Henneking often relied on these supercomputers for his research. “I was able to use TACC’s Stampede2 supercomputer, which has powered fiber amplifier simulations with our model more than 100 times bigger than previously possible.”

His current work on tsunami inverse modeling, a problem with high computational complexity, will also depend on TACC’s computing capabilities. “For this project, I plan to leverage the Frontera architecture at TACC,” Henneking says. Frontera is the 8th most powerful supercomputer in the world; the system has 8,008 available compute nodes.

Henneking finds the most rewarding experiences in computational science are those in which a model succeeds so that it can be applied to real-world phenomena that would otherwise be infeasible to study experimentally. Computational science seeks to solve some of the world’s greatest challenges, such as the changing ocean circulation and the melting polar ice sheets, which the CCGO group is working to better understand.

The wide scope and potential of computational science is what continues to motivate and inspire me to work in this field.

Outside of computational science, Henneking also enjoys running, biking, and playing soccer, as well as traveling and spending time outdoors. “I love going on road trips, as well as camping and hiking in the fascinating wide and diverse landscapes the United States has to offer.” He is also fascinated by astronomy and space exploration. “I love reading and learning about new observations that enhance our understanding of the universe that surrounds us,” he says, adding, “The last decade has brought us several momentous discoveries, and I very much look forward to what the next decades will uncover.”