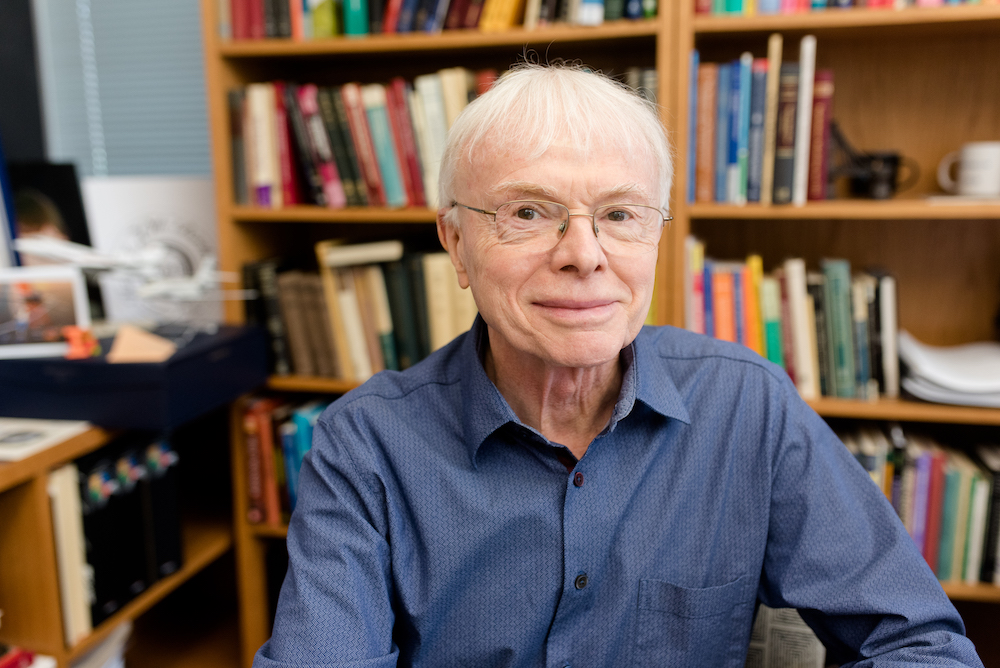 Thomas J.R. Hughes has been inducted as an Honorary Member into the Japan Association for Computational Mechanics (JACM). The professor of aerospace engineering and engineering mechanics and holder of the Peter O'Donnell, Jr. Chair in Computational and Applied Mathematics at the Oden Institute was inducted earlier this summer along with Tayfun Tezduyar, a professor of mechanical engineering at Rice University. Tezduyar and Hughes are the first non-Japanese so honored by JACM.

Founded in 2002, the same year Hughes joined UT Austin, the JACM established a communication network between researchers of computational mechanics across twenty-nine organizations comprised of tens of thousands of researchers with specializations ranging from mechanical engineering to meteorology. The largest of these twenty-nine organizations, the Japanese Society of Mechanical Engineers, boasts over 37,000 members. Dr. Hughes stands among only fifteen honorary members.

Before joining UT Austin, he held positions at University of California, Berkeley, the California Institute of Technology, and Stanford University. Hughes was, in fact, Tayfun Tezduyar’s adviser when he was a graduate student at the California Institute of Technology, where he earned his Masters and PhD in 1978 and 1982, respectively, and then again when he was a postdoctoral fellow at Stanford in 1982.

“I am deeply honored and humbled by being named one of the first two foreign Honorary Members of the JACM,” Hughes said. “I believe it recognizes the efforts that I have made over many years in support of computational mechanics in Japan. I think it is well known that no one has done more for computational mechanics in Japan than Tayfun Tezduyar, and it is also a great honor for me to be named at the same time with him.”