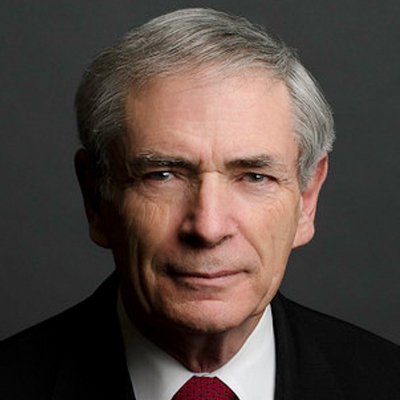 Dr. Oden is a member of the U.S. National Academy of Engineering and is a Fellow of The American Academy of Arts and Sciences.  He is an Honorary Member of ASME, a Life Member of ASCE, and a Fellow of seven international scientific/technical societies: USACM, IACM, AAM, ASME, ASCE, SES, and SIAM.  He is a founding member of USACM and IACM, and past President of the USACM, AAM, IACM, SES, and TAMEST (The Academy of Medicine, Engineering, and Science of Texas). He serves on numerous organizational, scientific, and advisory committees for international conferences and symposiums.  He is an Editor of Computer Methods in Applied Mechanics and Engineering and serves on the editorial boards of 31 scientific journals.

Dr. Oden has worked extensively on the mathematical theory and implementation of numerical methods applied to problems in solid and fluid mechanics and, particularly, nonlinear continuum mechanics.  He is the author or editor of 800 scientific works including 57 books, which cover a broad range of topics from continuum mechanics, functional analysis, the mathematics of finite elements, optimization theory, quantum mechanics, statistical mechanics, and several others.  He holds seven doctorates including six Doctor Honoris Causa.  He has received numerous awards in recognition of his research accomplishments including the SIAM Distinguished Service Award, the SIAM Prize in Computational Science, the Title of Chevalier dans l’ordre des Palmes Academiques from the French government, the Theodore von Karman Medal, the John von Neumann Medal, the Newton-Gauss Congress Medal, the Stephen P. Timoshenko Medal and the O.C. Zienkiewicz Medal.  In 2012, the UACM established the J. Tinsley Oden Medal.  Oden was named the 2013 Laureate of The Honda Foundation Prize in Japan and, in 2019, the University of Texas System Board of Regents voted unanimously to recognize his "leadership and generous support” by renaming the Institute he founded as the Oden Institute for Computational Engineering and Sciences. Most recently, he was selected as one of the very prestigious TUM Ambassadors of 2020 by the Technical University of Munich in Germany.

His research focus is on contemporary topics in computational engineering and mathematics, including a posteriori error estimation, model adaptivity, multi-scale modeling, verification and validation of computer simulations, uncertainty quantification, adaptive control, and development of multi-scale models of tumor growth.