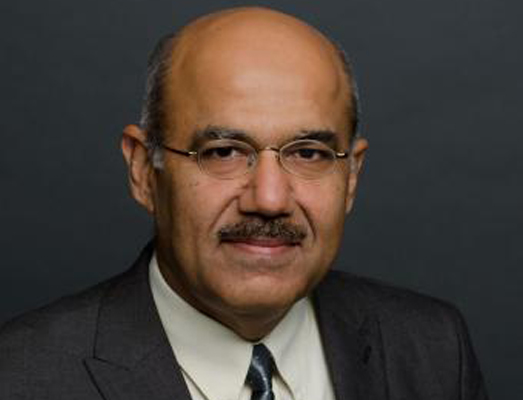 Bajaj holds the Computational Applied Mathematics Chair in Visualization. He is on the editorial boards for the International Journal of Computational Geometry and Applications, and the ACM Computing Surveys. He previously served on the editorial boards of ACM Transactions on Computational Geometry, and the SIAM Journal on Imaging Sciences. He was awarded a distinguished alumnus award from the Indian Institute of Technology, Delhi, (IIT, Delhi). He is a fellow of the American Association for the Advancement of Science (AAAS), a fellow of the Association of Computing Machinery (ACM), a fellow of the Society of Industrial and Applied Mathematics (SIAM) and a fellow of the Institute of Electrical and Electronic Engineers (IEEE).

Bajaj’s current research is focused on modeling and controlling stochastic dynamical processes. He explores the computer science and computational mathematics foundations of predictive decision making, actionable intelligence and interrogative visualization. He is developing classical and quantum, variational  machine learning and geometric optimization algorithms for  a variety of reinforcement learning, contextual bandit, and prophet problems that arise in the physical, chemical, biological sciences, and healthcare. He is also revisiting some of his past research in predicting molecular and neuronal form function with bounded uncertainty, through the lens of inferential statistics and data science. Bajaj teaches an undergraduate course titled “Geometric Foundations of Data Sciences” and a graduate course titled “Predictive Machine Learning”. He holds courtesy appointments and supervises undergraduates, M.S. and Ph.D. students from several UT departments, including biomedical, electrical engineering, mathematics and neurosciences. He currently serves on the editorial boards for the Association for Computing Machinery (ACM)- Computing Surveys, and the International Journal of Computational Geometry and Applications (IJCGA).