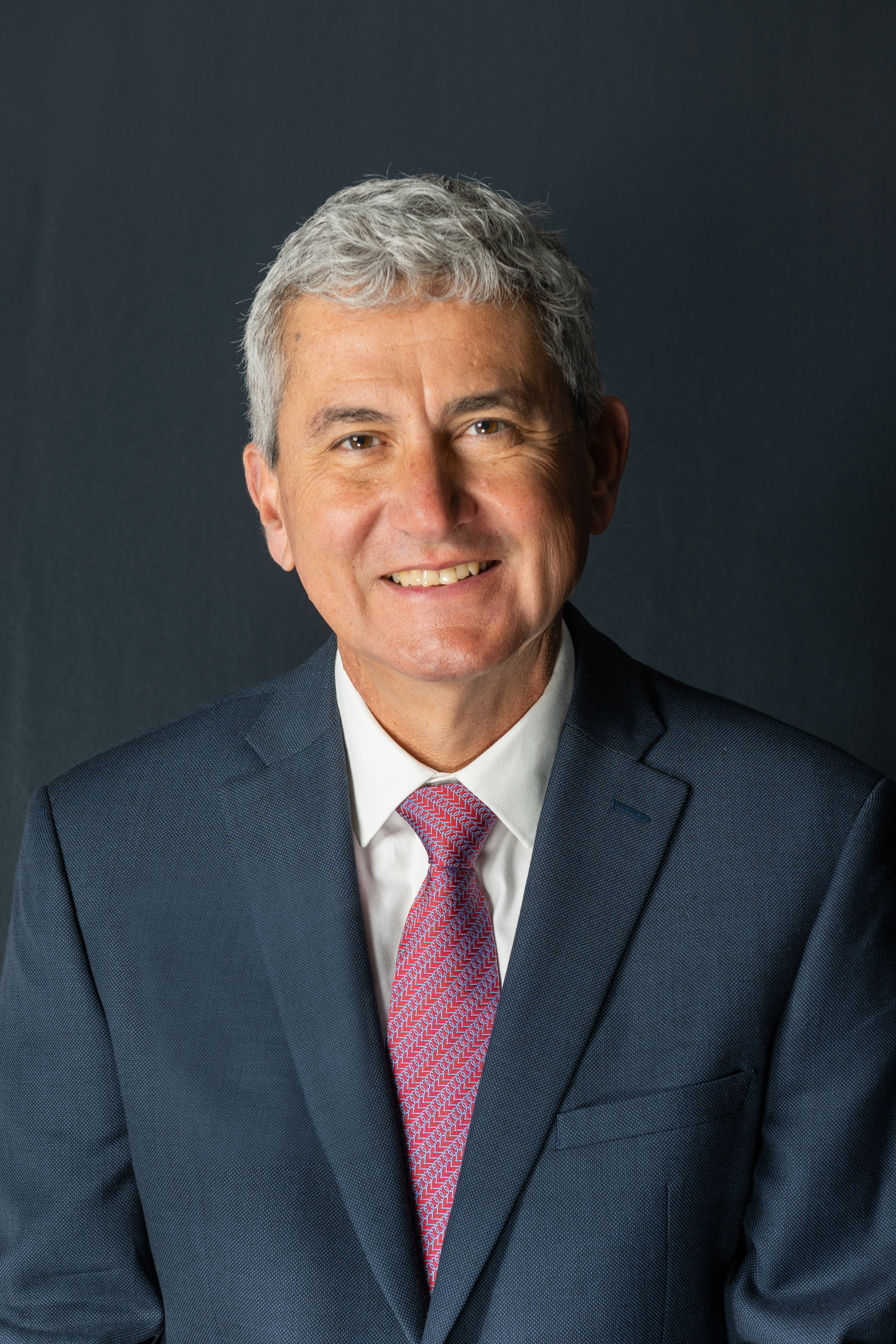 Throughout most of his academic career, computational astrophysicist, Dr. Pablo Laguna, has focused on his most passionate research interest, studying astrophysical phenomena where gravity has its strongest grip. Fresh from Georgia Tech, Laguna returns once more to the Forty Acres, this time as a Professor and new Chair of UT Austin’s Department of Physics, Affiliate Faculty at the Oden Institute, and more than happy to speak his mind.

As a computational astrophysicist using computers to solve Einstein’s Field Equations of General Relativity in order to map the curvature of spacetime, Dr. Laguna plays jump rope with any immovable lines he encounters.

He is also passionate about working on problems where there is a transfer of knowledge well beyond physics. “I love when you can go both ways - either you apply concepts or methodologies from physics into another area, or you bring things from another area into physics. For example, I have collaborated on applying the machinery of General Relativity to robotics and on the other hand using optimization and operations research techniques to find ground states of physical systems.” Being able to engage in such a multidisciplinary approach has its risks while on the tenure track. “Traditionally, tenure is awarded by demonstrating to be an expert in a specific area. “It has been recently in my career when I have been able to spend more time, if you will, working on crazy ideas” he grinned.

I always tell my students, it’s a winding road. What determines where that road goes are the things that you like versus the things you are good at. The two don’t always overlap.

Reflecting on his career, “I always tell my students, it’s a winding road,” Laguna said. “What determines where that road goes are the things that you like versus the things you are good at. The two don’t always overlap. The other key element paving this road is reading where science is going, identifying the important questions, and paying attention to what society deems as priorities.”

Dr. Laguna has been fortunate in that regard, as his fascination with computationally modeling the gravitational radiation from merging black holes and neutron stars became a top priority, bolstered by the 2015 LIGO (Laser Interferometer Gravitational-Wave Observatory) direct observation of gravitational waves, ripples in the fabric of spacetime, produced during the final fraction of a second in the collision and merger of two black holes.

A black hole is a region of spacetime where gravity is so strong that nothing—no particles or even electromagnetic radiation such as light—can escape from it. Einstein’s theory of General Relativity predicted that a sufficiently compact mass can deform spacetime to form a black hole. As Dr. Laguna puts it, “If you were to put the mass of the earth inside the volume of a golf ball, that object would be a black hole.”

In other words, phenomenal cosmic powers, itty bitty living space - by the standards of the mass contained within the black hole, that is. By our standards, it’s downright roomy. For instance, the first black hole ever photographed, the gigantic M87, is about 23.6 billion miles across, not counting the giant rings of trapped light orbiting it. Meanwhile, the Earth is just 7,917 miles in diameter — meaning our planet wouldn't even be a drop in the inky black void.

A black hole is an example of a compact object. Another example is a neutron star. If you put all the mass of the sun, which is huge, in a volume the size of the metropolitan area of Austin, that would be a neutron star.

“A black hole is an example of a compact object,” said Dr. Laguna. “Another example is a neutron star. If you put all the mass of the sun, which is huge, in a volume the size of the metropolitan area of Austin, that would be a neutron star.”

It was during his time at Los Alamos National Laboratory that Dr. Laguna started connecting his knowledge and interest in general relativity to astrophysics, and began to use computers to solve Einstein’s equations, also known as Numerical Relativity, in order to study astrophysical phenomena where the curvature of space-time plays a fundamental role, such as around black holes and neutron stars. Numerical Relativity may not have ever come into Laguna’s equation had it not been for his time as a doctoral candidate at UT, one of the birthplaces of Numerical Relativity.

“At UT, we say that what starts here changes the world. Well,” he reminisced, “what started at UT, for me, shaped my life. Richard Matzner, my advisor, he was the one who - in a very clever way - steered me towards computational work or Numerical Relativity. He said, ‘Okay, you want to work with Einstein equations? Here’s an equation. Try to solve it analytically.’”

Laguna shakes his head wryly, “I didn’t get anywhere. Then he said, ‘Hey, try it with a computer.’”

Now that he finds himself back on the Forty Acres once more, Laguna is delighted to also be an affiliate faculty member of the Oden Institute. “My research relies heavily on numerical methods and computational tools that are or were developed not necessarily for physics or astrophysics,” he said. “The Oden Institute provides me with a great opportunity to interact with researchers in other fields, but with relevance to my work, and to recruit students to join my effort, students whose interest isn’t necessarily obtaining a PhD in physics.” He is also excited with the opportunity to use the powerful computers at Texas Advanced Computing Center (TACC), such as Frontera, for his simulations.

Dr. Laguna’s time at UT was the beginning not only of a career, but also of a partnership. In the early 90s Deirdre Shoemaker, physics professor and the director of the Center for Gravitational Physics at UT, also got her PhD  at UT. Later both were faculty members at Penn State, where they got married, and then moved in 2008 to Georgia Tech to establish the Center for Relativistic Astrophysics. In fact, Shoemaker was on the LIGO team that detected those gravitational waves, an earth-shattering discovery that she had to keep secret from her husband for months, finally breaking down and telling him just a few weeks before breaking it to the world. “I had thought maybe something was going on,” Laguna admitted, smothering a smile.

As new Chair of the Physics Department Dr. Laguna, unsurprisingly, wants to make some changes.

He wants to work with colleagues and students on further elevating the reputation of the department. “We need to keep hiring outstanding faculty and recruiting the very best students. And we must ensure that the training students receive becomes a powerful vehicle for them to drive through the winding road that life will take them.”

An important component to meet these goals is also infrastructure. This refers not only to labs but also interaction spaces, similar to those in the Oden Institute. “We need to create more space in our PMA building where people can bump into each other and have conversations from which knowledge emerges and collaborations are forged.”  Dr. Laguna leans forward in his seat with excitement.