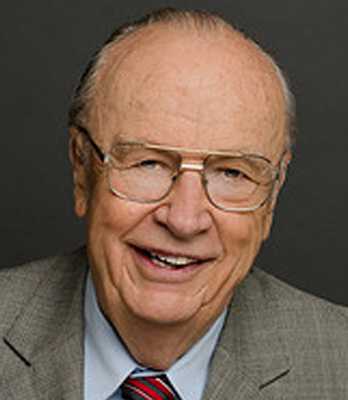 Robert B. Trull Chair in Engineering

Before retirement at UT Austin, he was professor of aerospace engineering and engineering mechanics, professor of mathematics, Oden Institute senior research scientist, and a member of the Oden Institute Multiscale Modeling Group. He held the Robert B. Trull Chair in Engineering.  In Spring 2016, Professor Babuška was named the first recipient of the W. A. "Tex'' Moncrief, Jr., Distinguished Faculty Fellowship in Computational Sciences.

Professor Babuška is a member of the U.S. National Academy of Engineering, European Academy of Sciences, and Engineering Academy of the Czech Republic. Babuška is noted for his studies of the finite element method (FEM) and proof of the Babuška-Lax-Milgram theorem in partial differential equations.

One celebrated result of FEM is the Babuška-Brezzi (BB) condition, which provides sufficient conditions for a stable mixed formulation. This has guided mathematicians and engineers to develop state-of-the-art formulations for technologically important problems like Darcy flow, Stokes flow, incompressible Navier-Stokes, and nearly incompressible elasticity. He is also known for his work on adaptive methods and the p-, hp-versions of FEM. In addition, he developed the mathematical framework for the partition of unity methods.

He has published more than 340 papers in refereed mathematics and engineering journals, more than 80 proceedings papers, and eight books; he is a highly cited author according to www.isihighlycited.com and serves on more than 15 boards of scientific journals and publications.

Professor Babuška created and sponsored both the Babuška Forum and the CSEM Forums speaker series designed to support the needs of Oden Institute CSEM Students. The Babuška Forum was created to expose students to interesting and curious topics relevant to computational engineering and science with technical content at the graduate student level, while the Student Forum was created to provide students with the opportunity to present their own work in a lecture format. Both forums are organized and hosted by current CSEM Students at the Oden Institute. The lvo & Renata Babuska Endowed Excellence Fund has been created to help support the Babuška Forum.